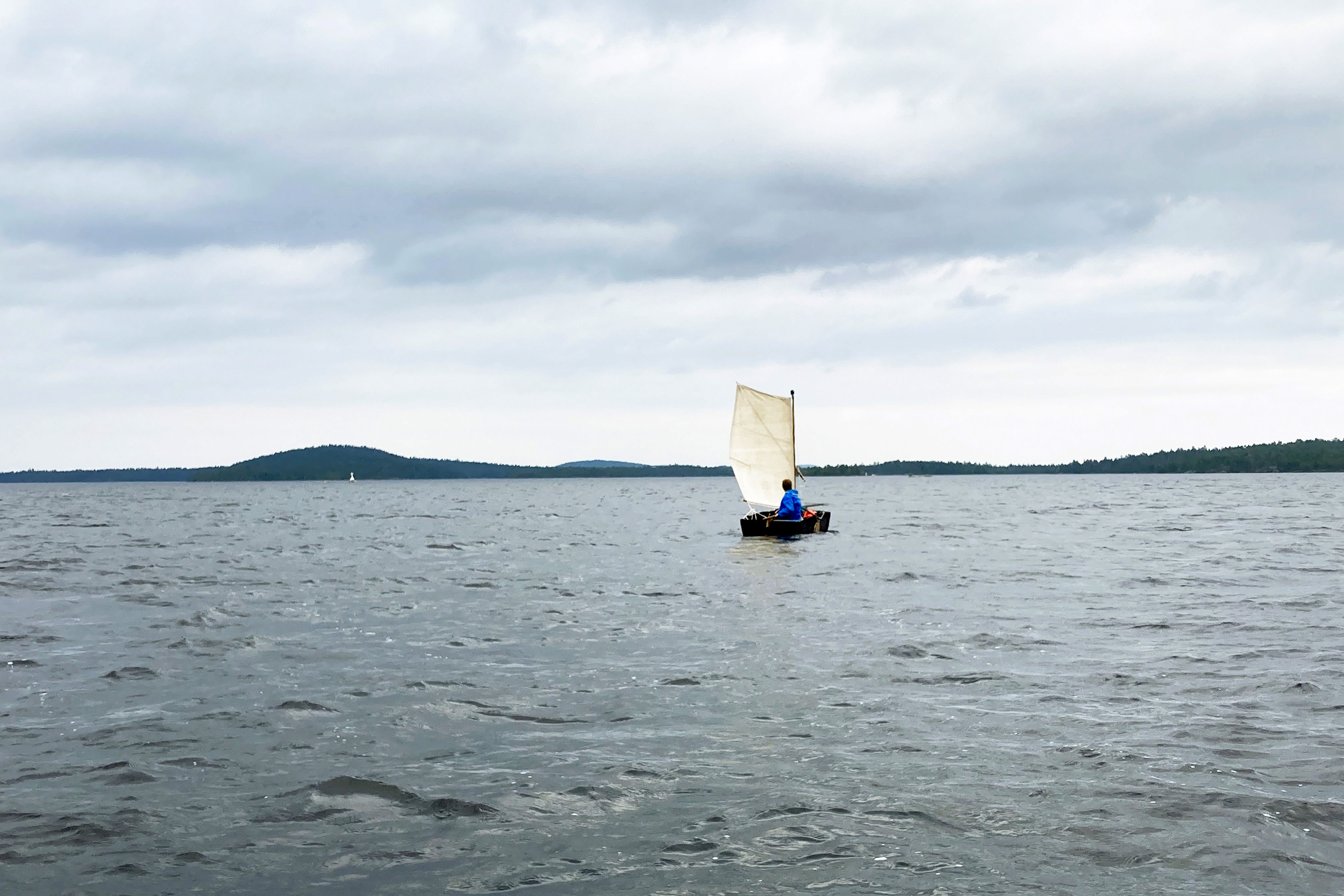 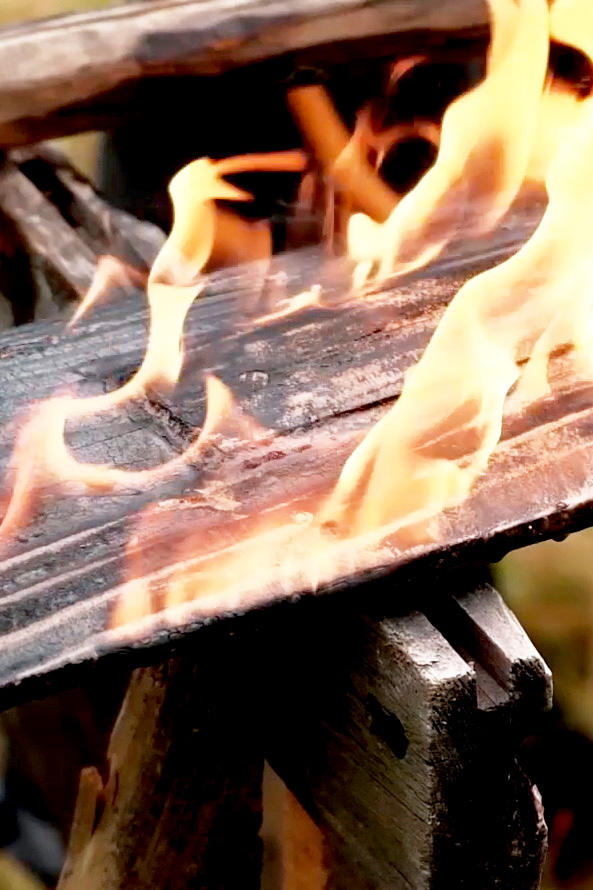 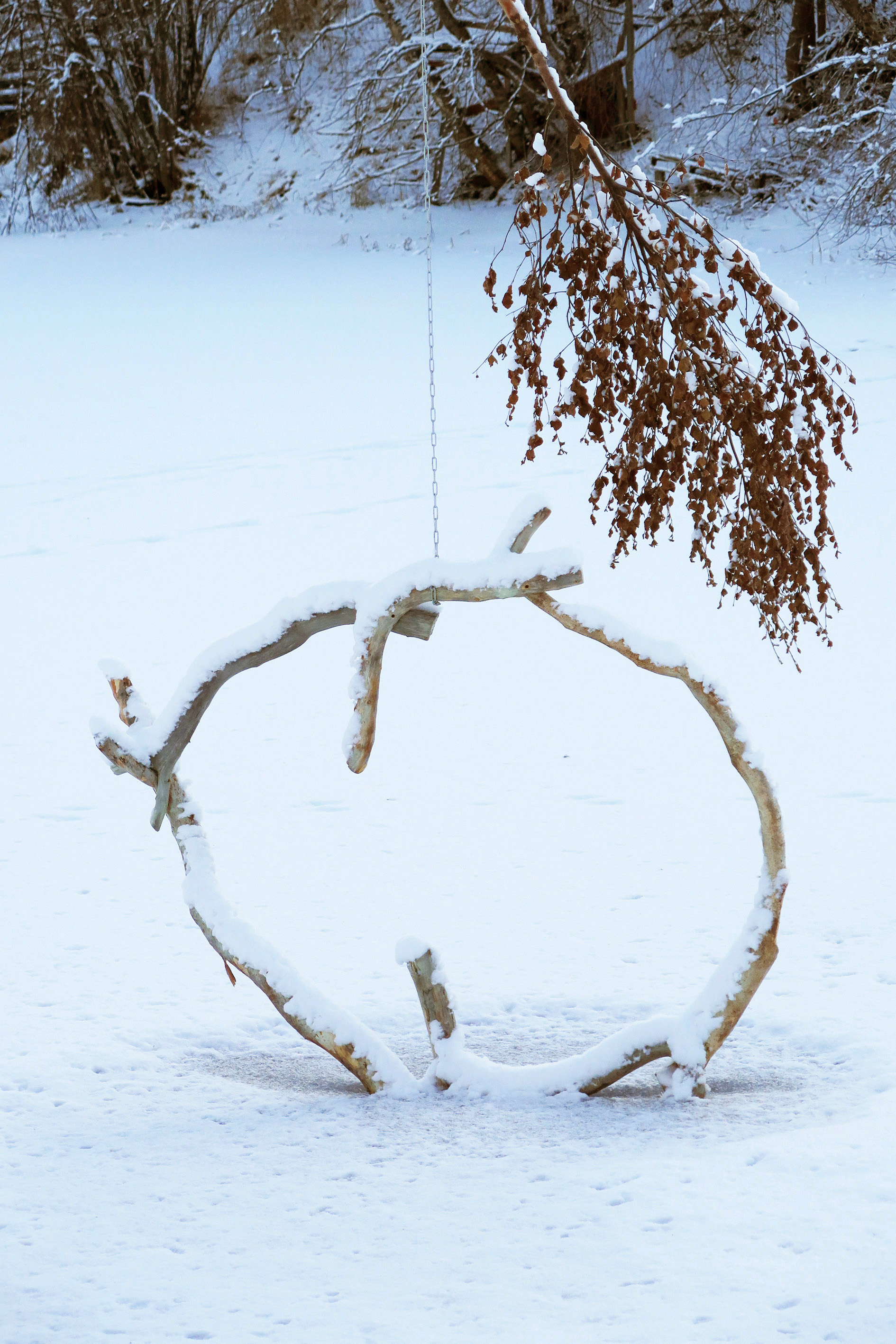 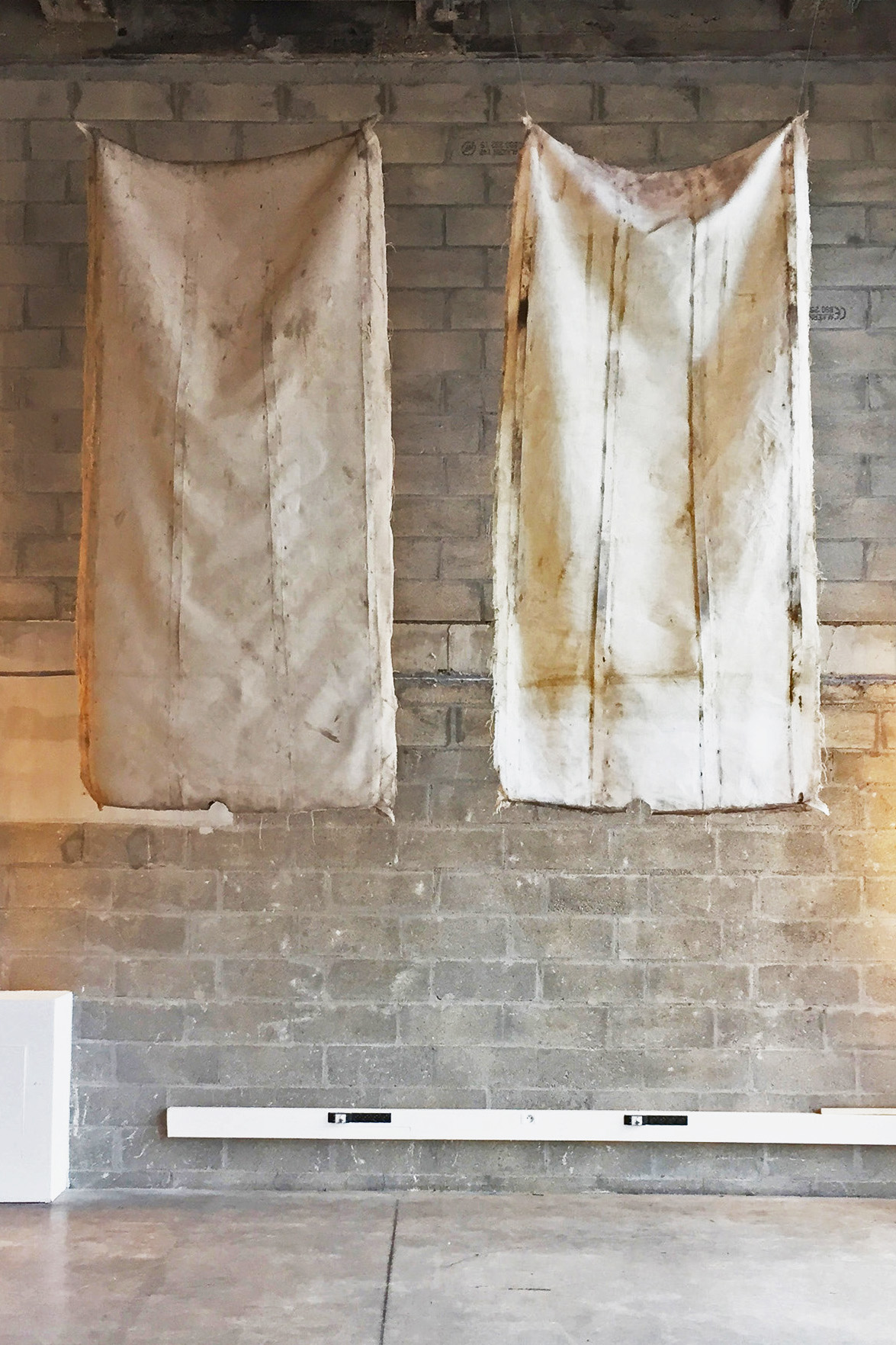 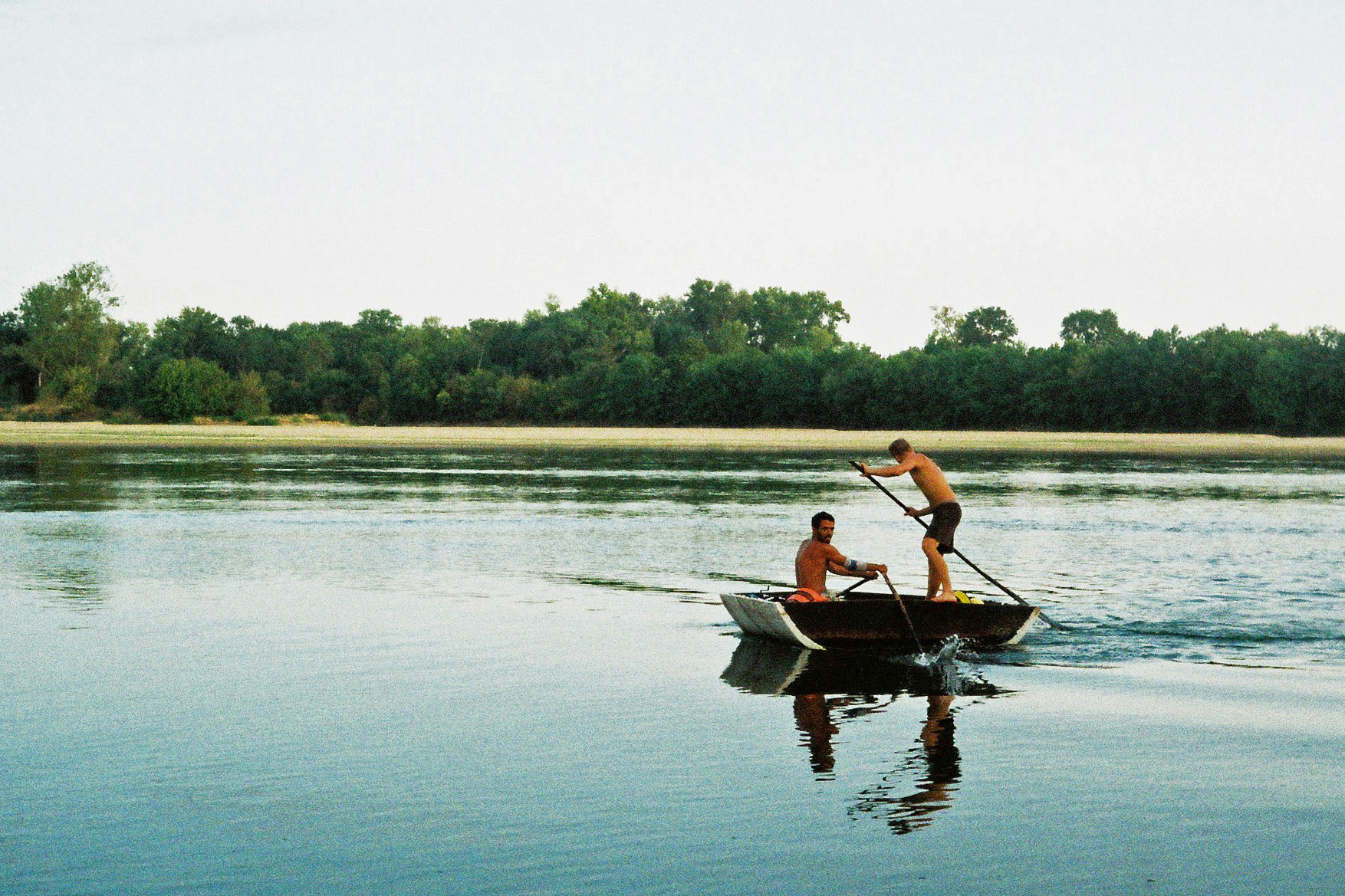 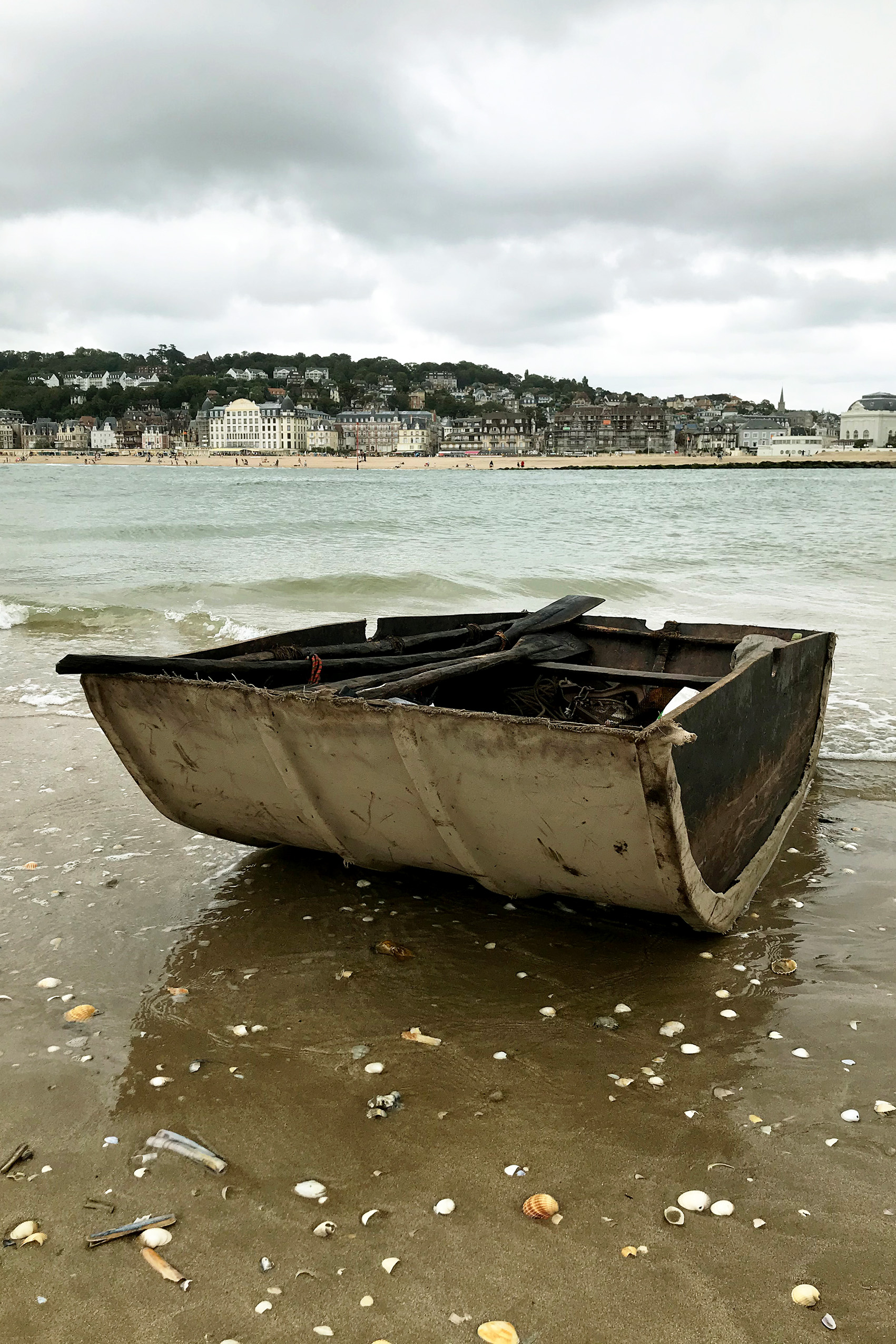 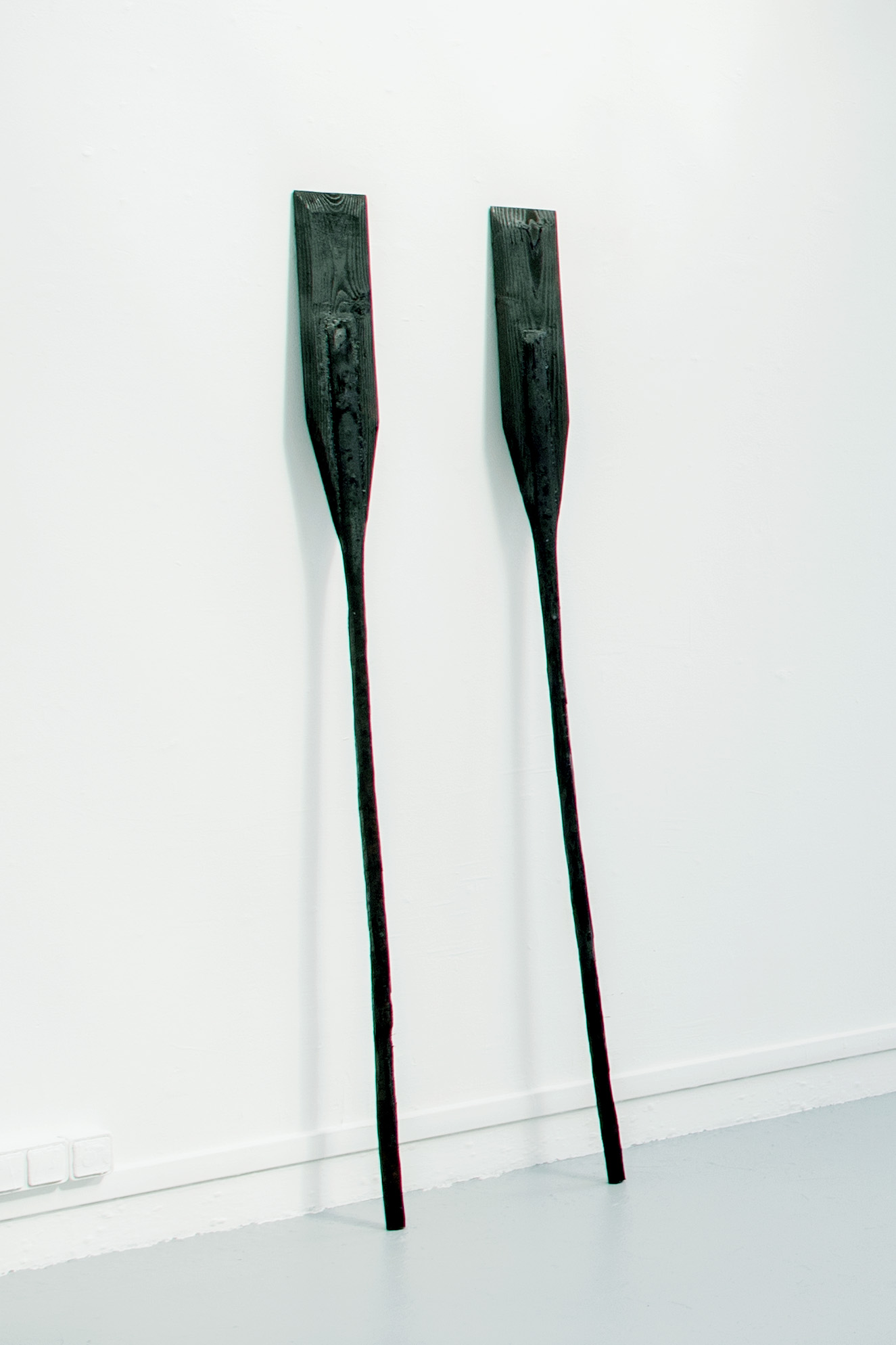 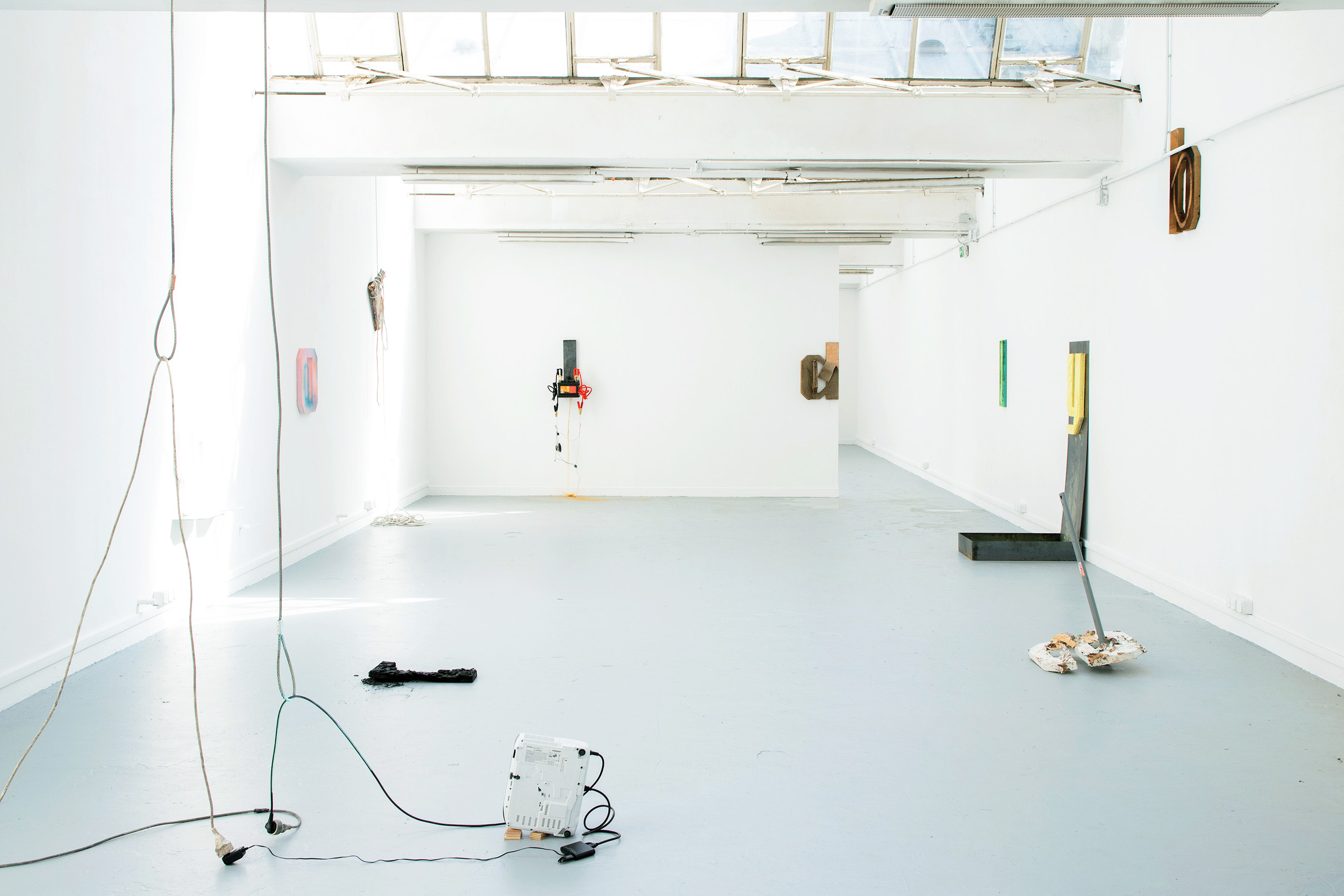 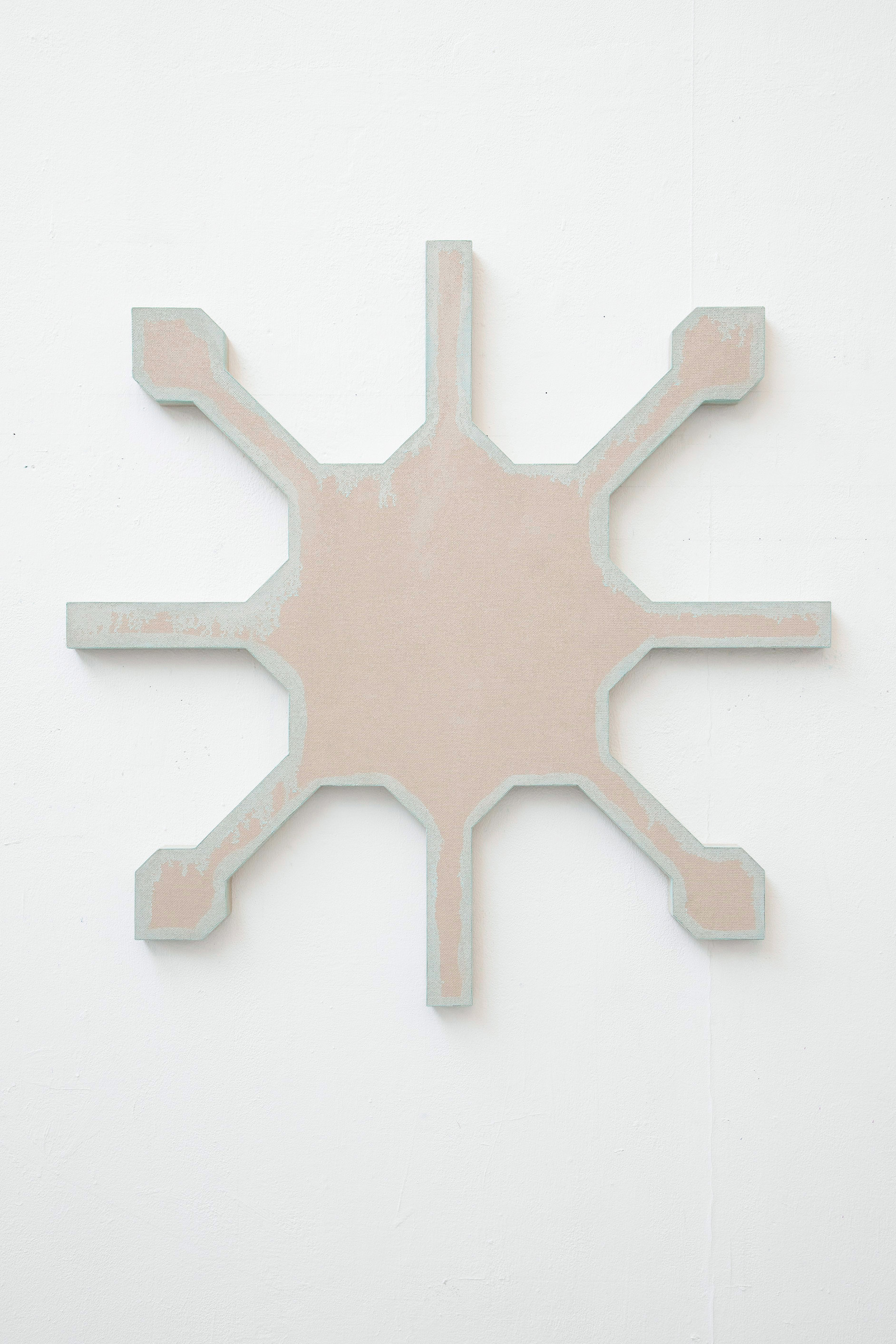 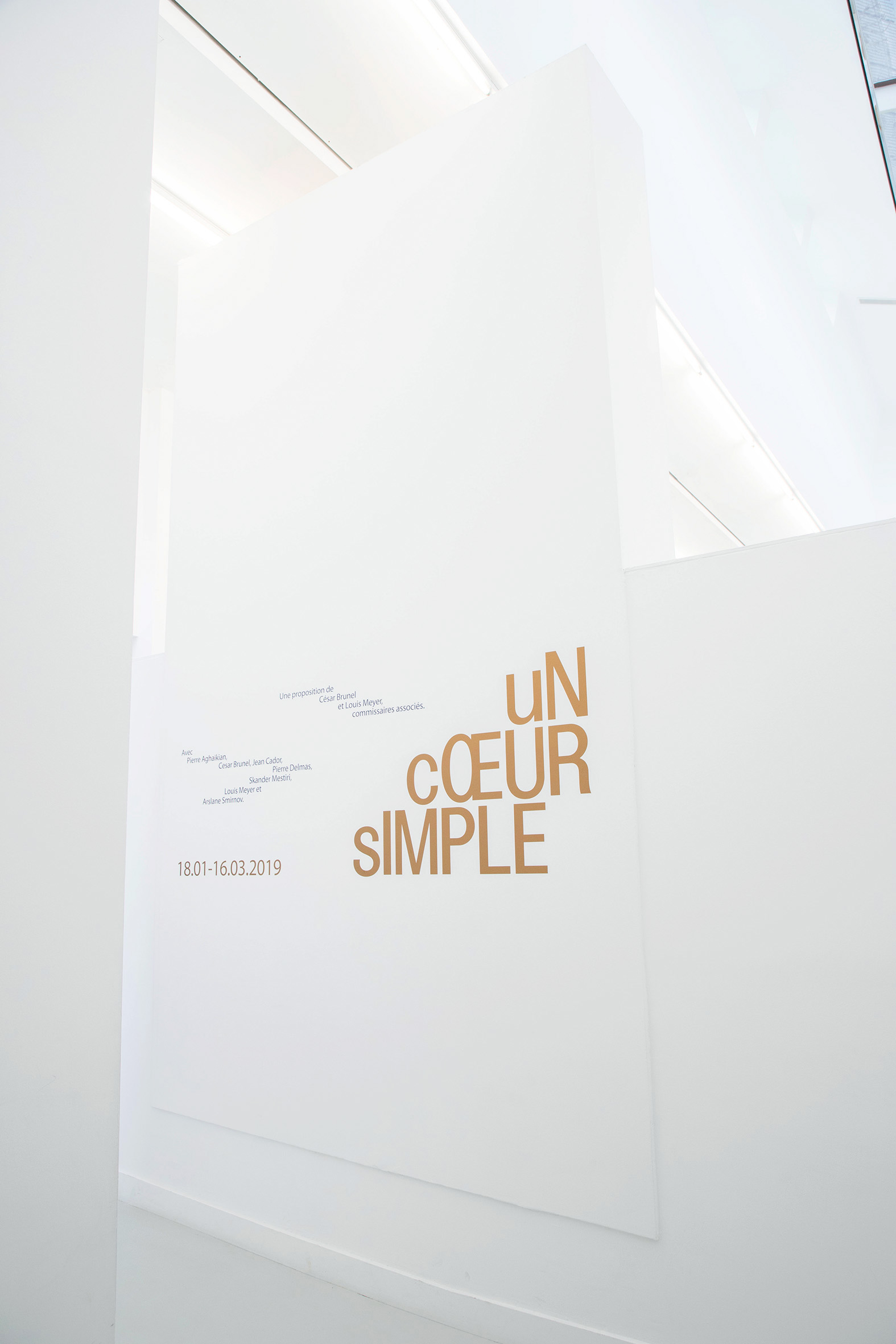 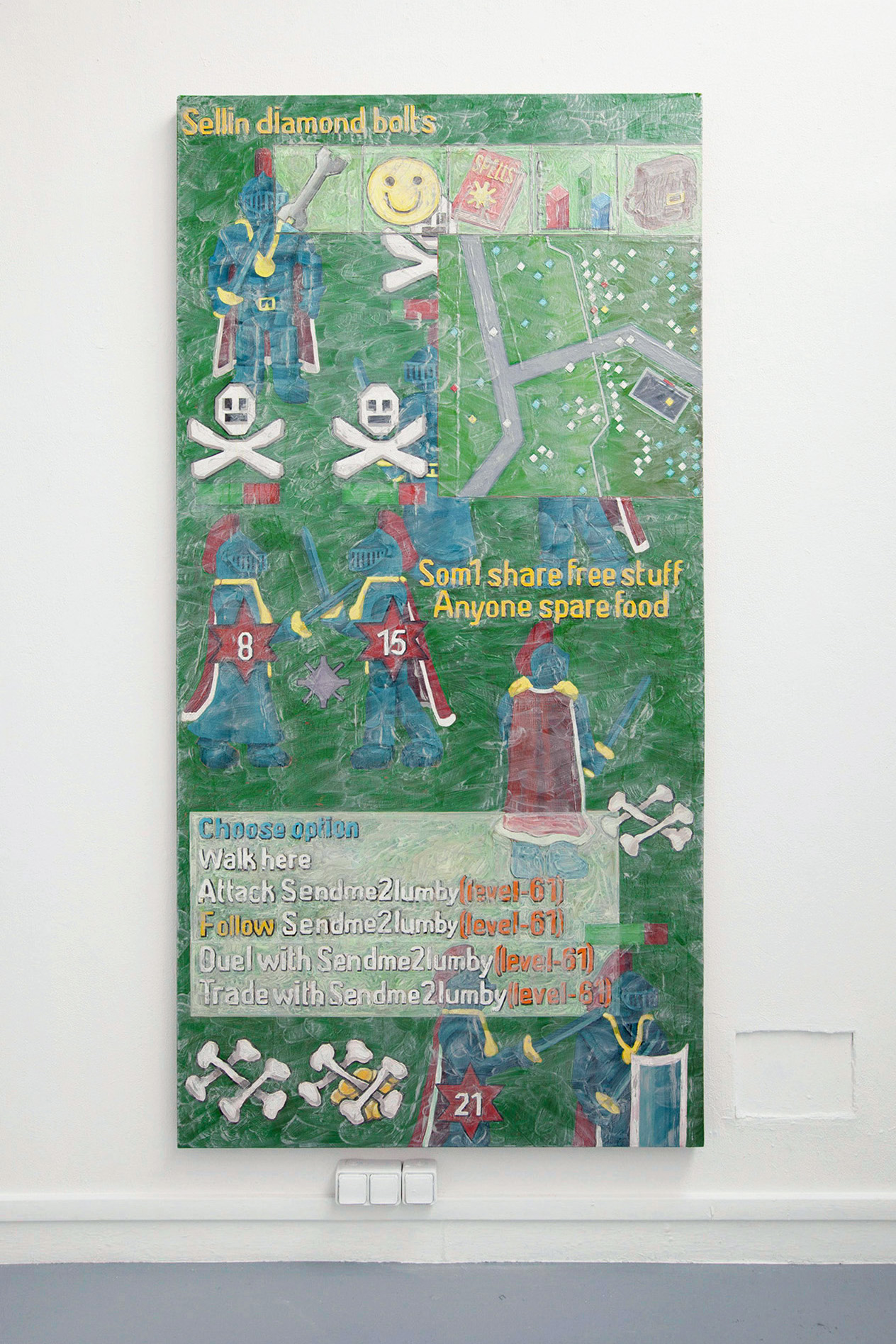 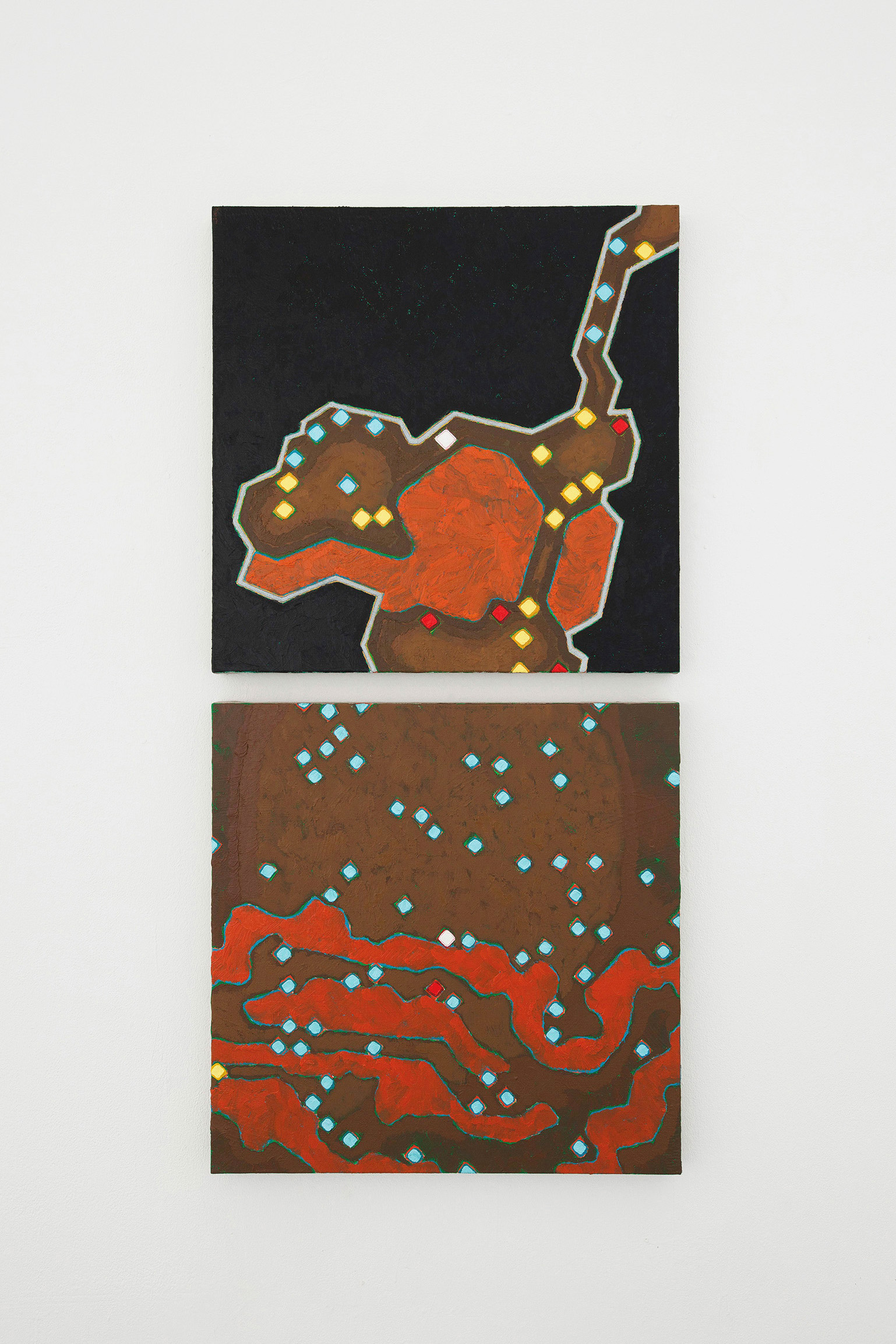 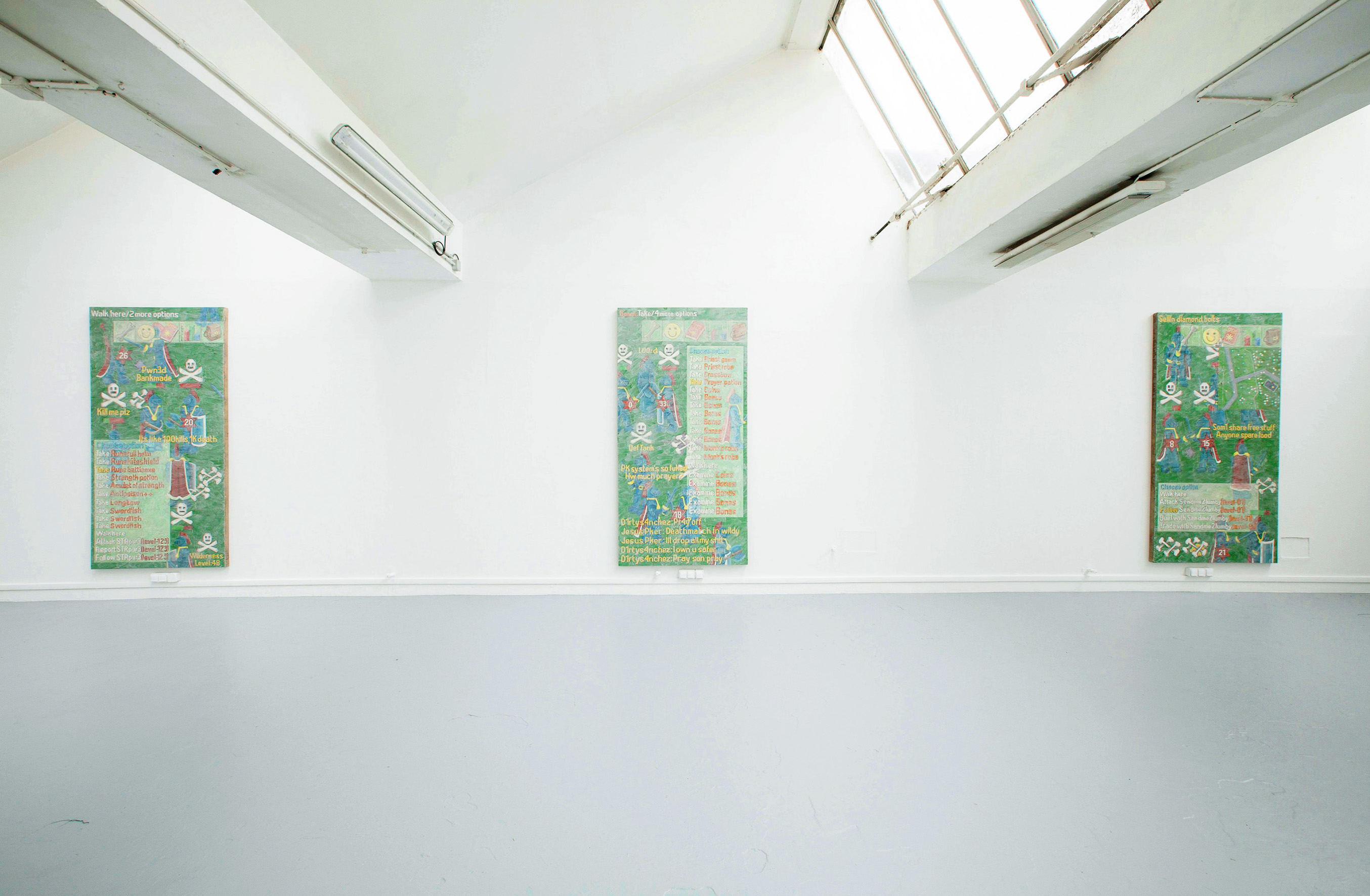 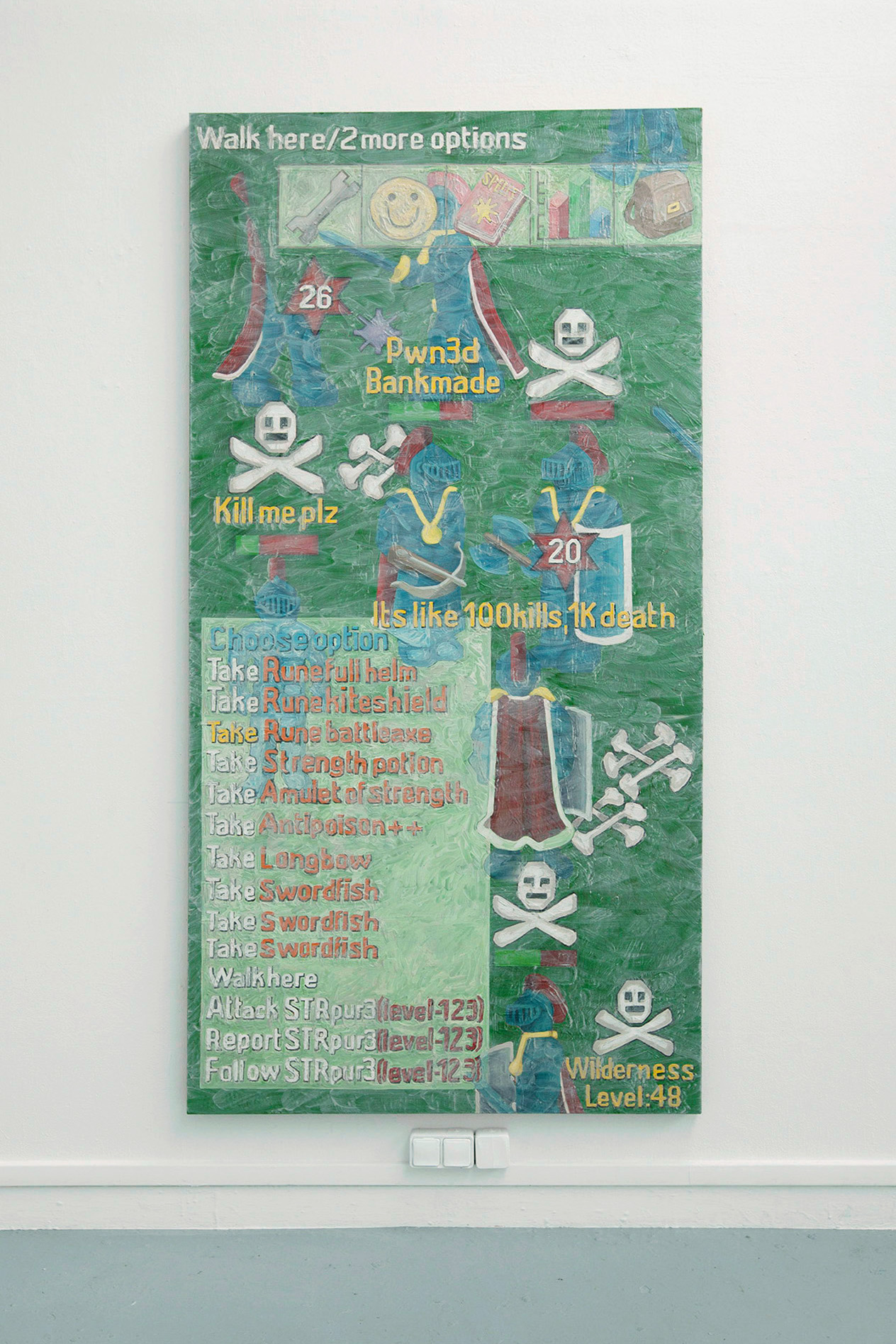 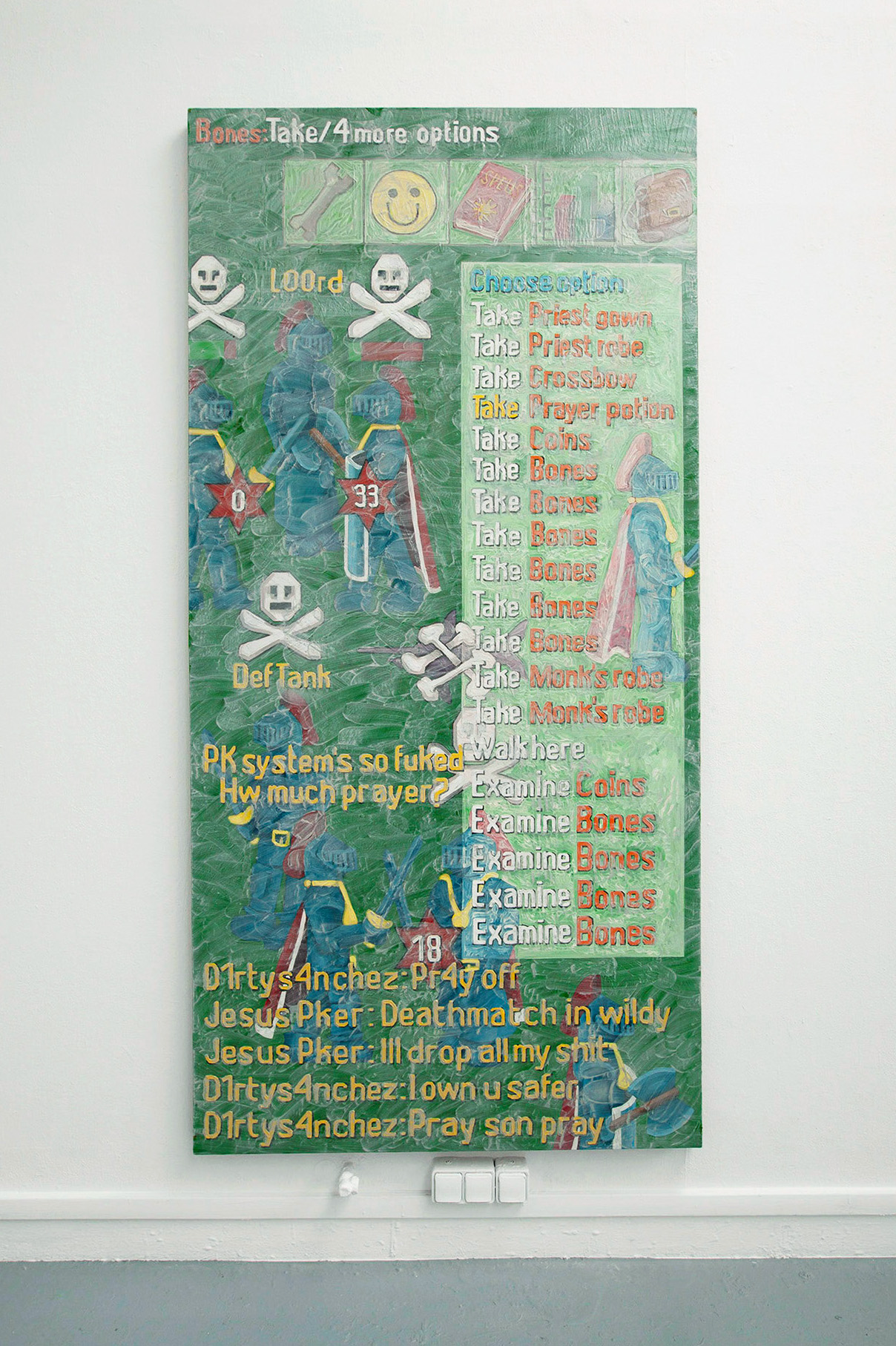 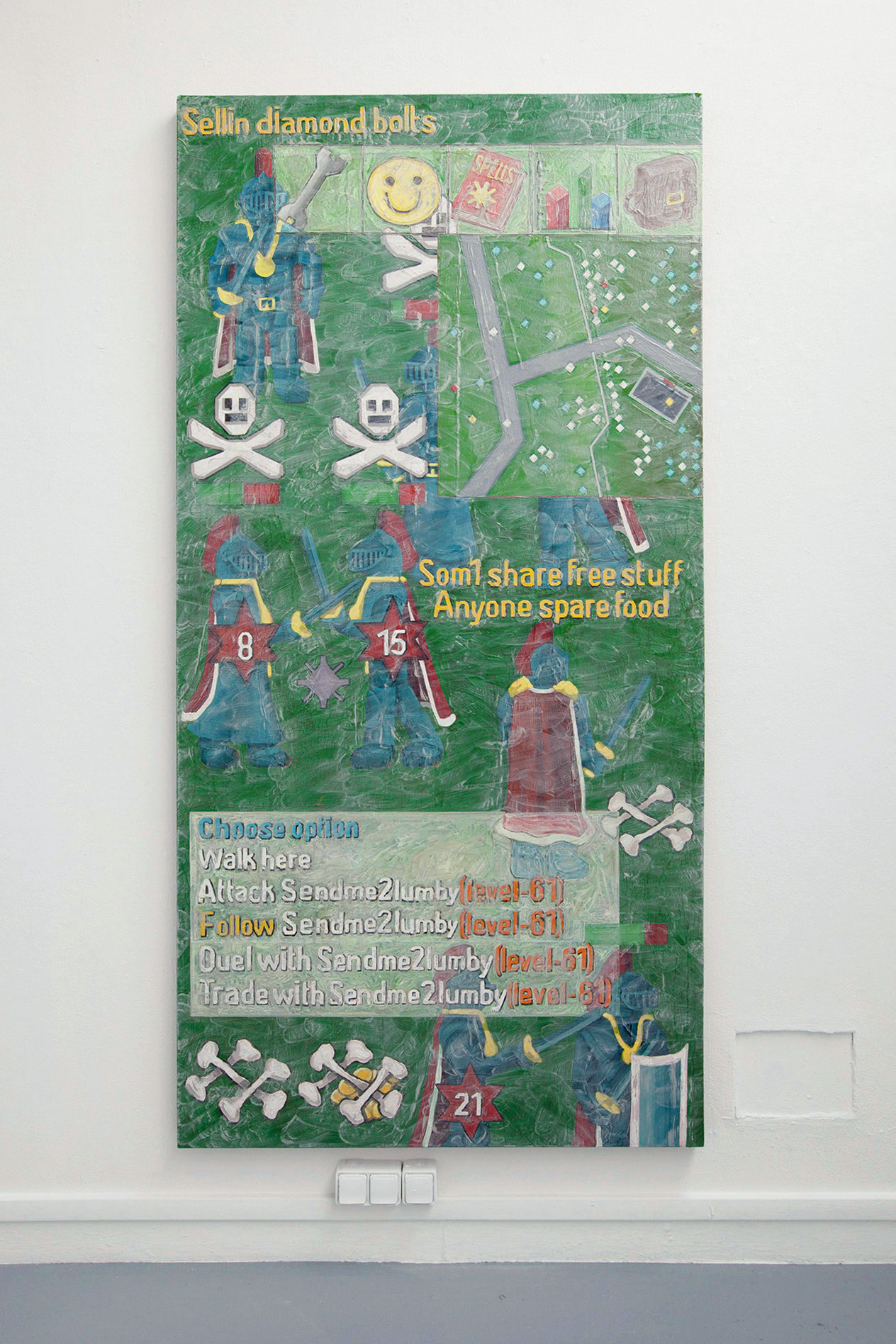 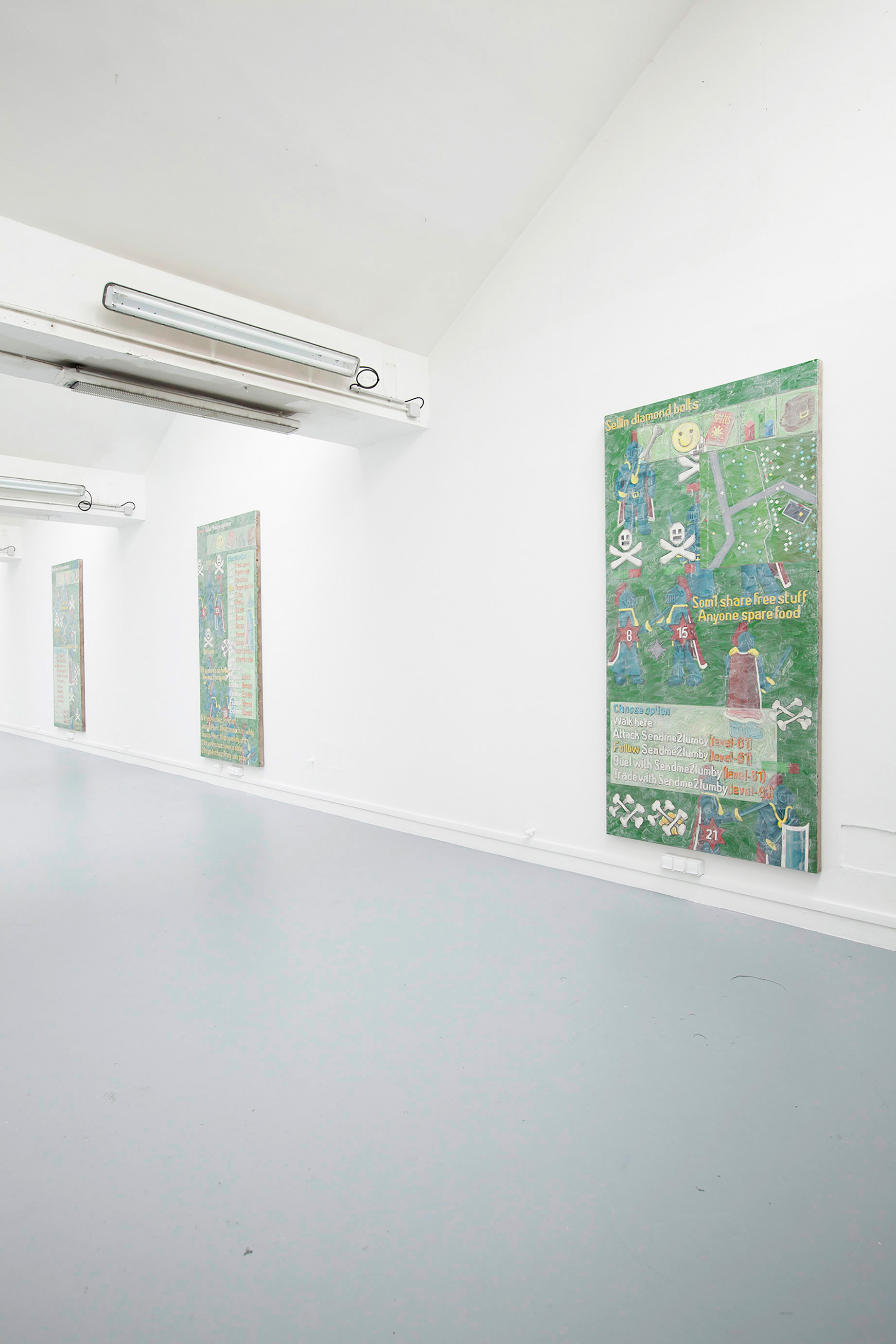 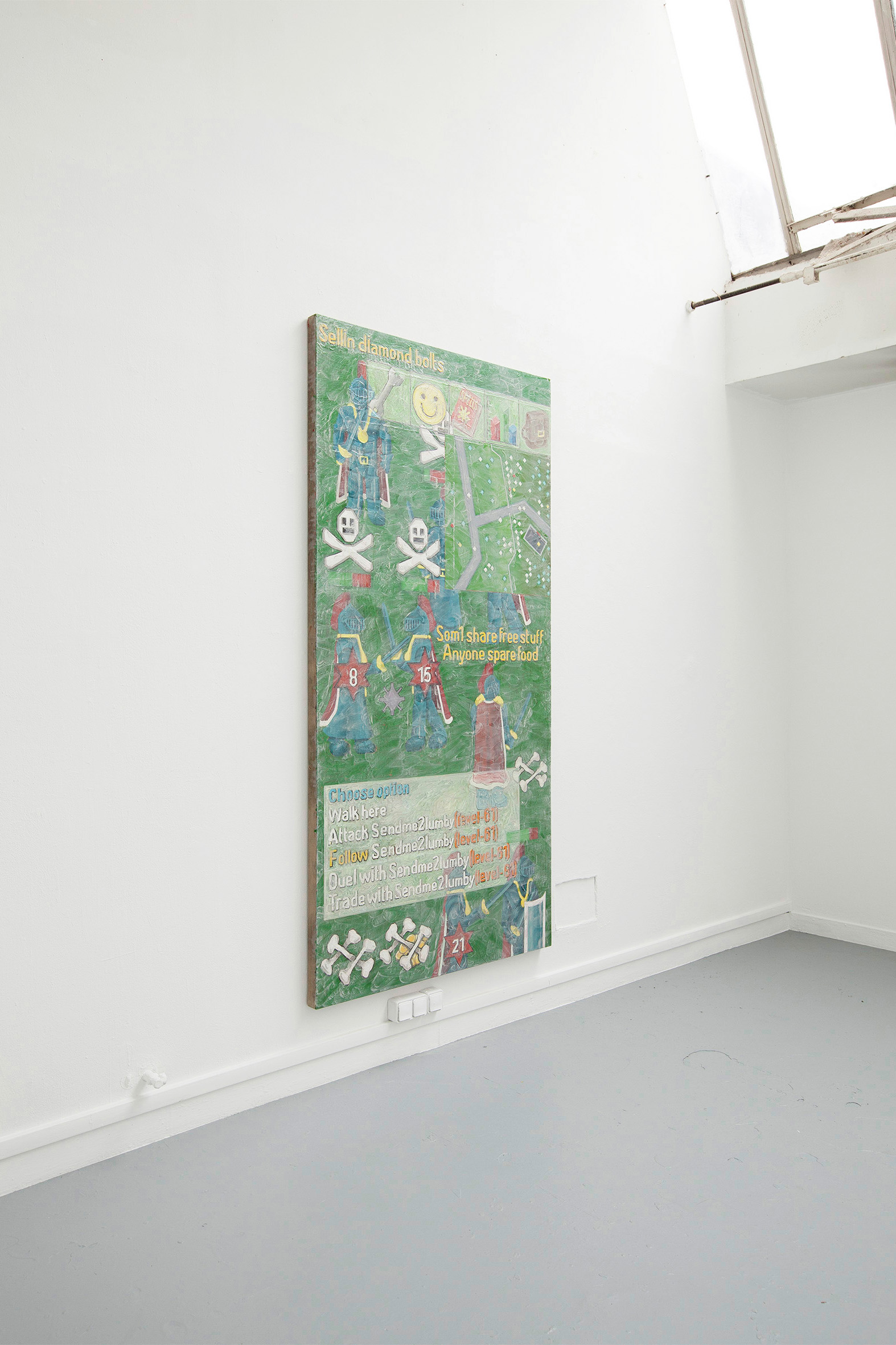 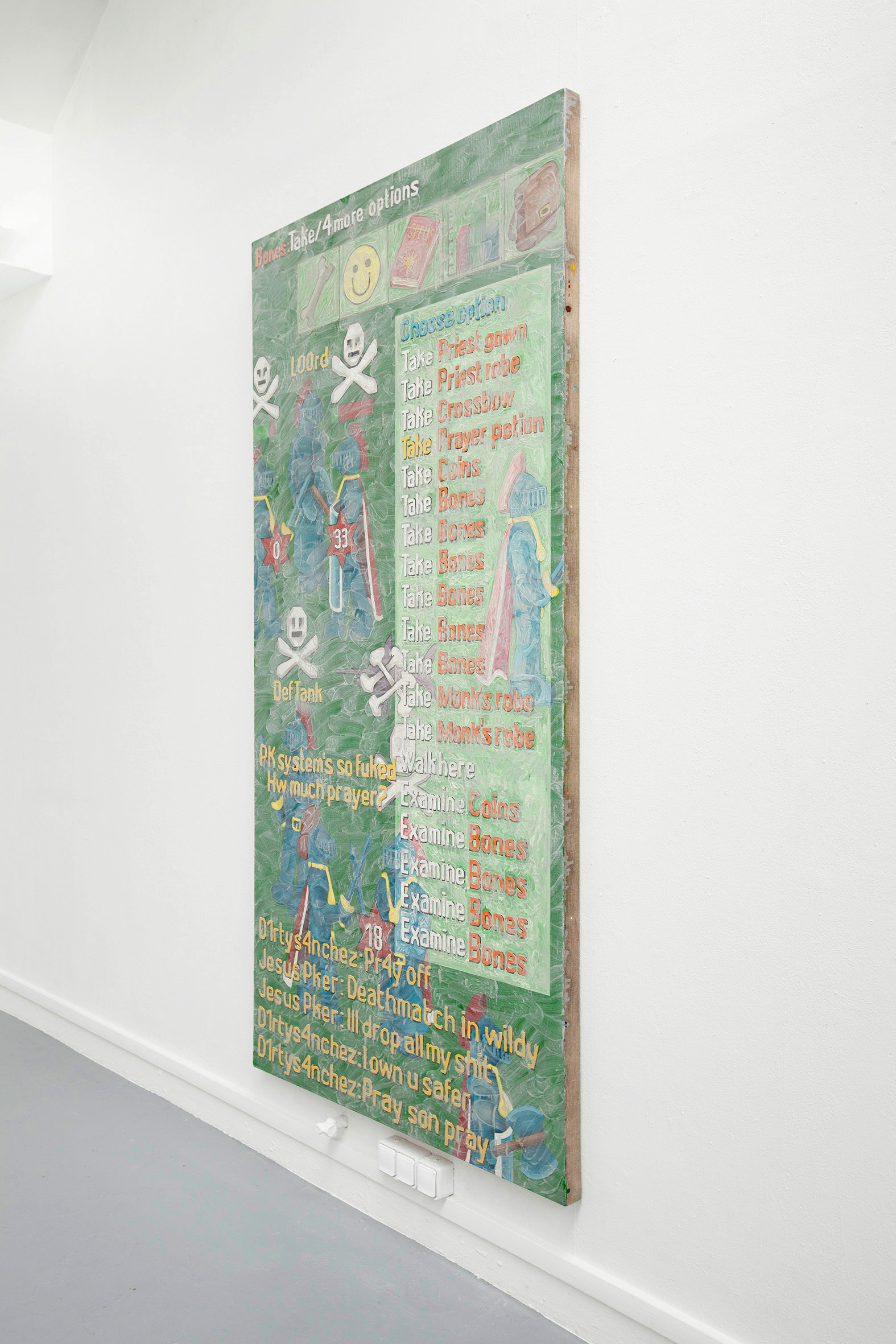 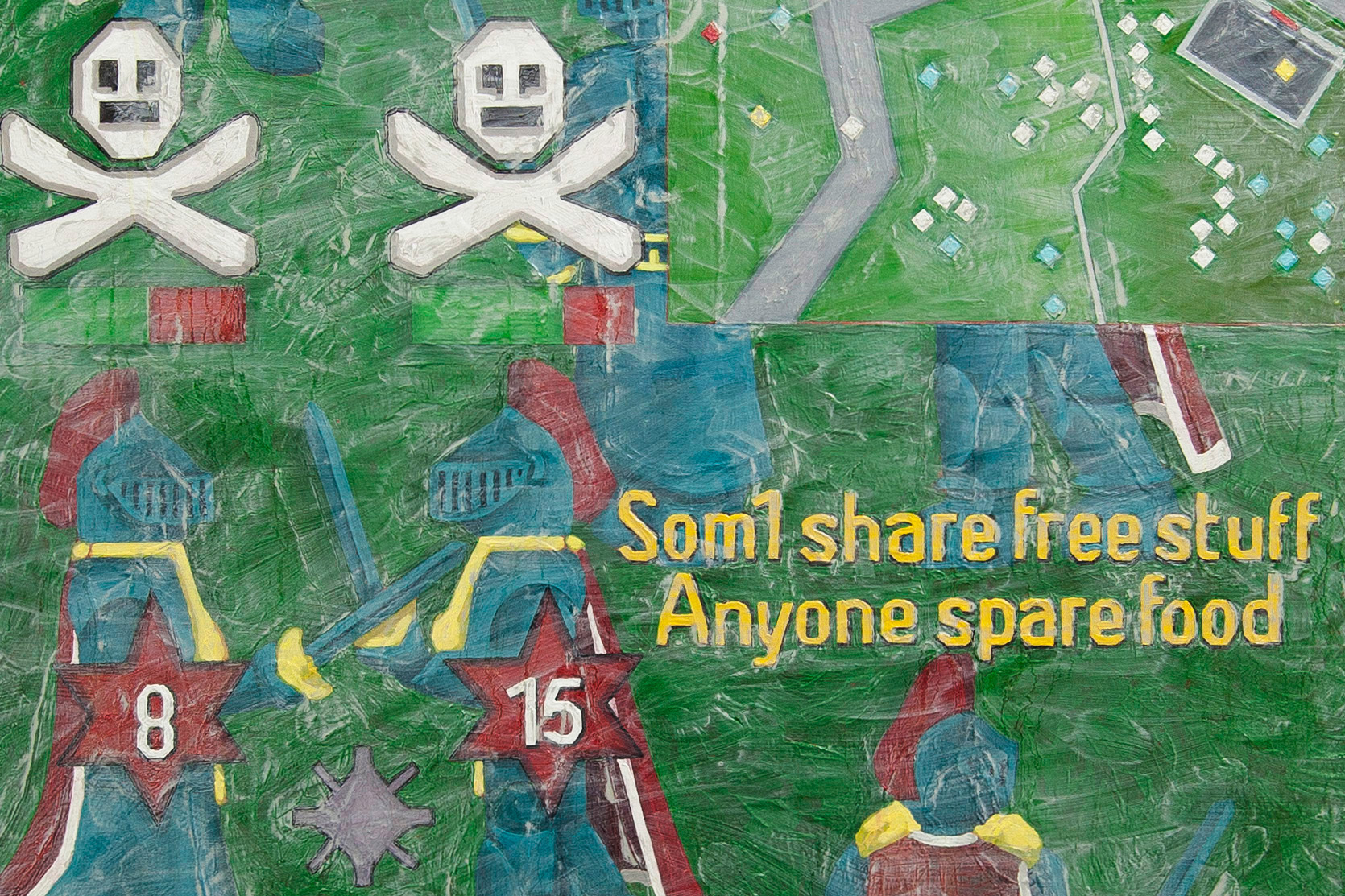 I composed the Runescape painting series from screenshots that I took in 2018, while exploring again the MMORPG game Runescape (Massively Multiplayer Online Role-playing Game).
I found a site that hosted the first version of the game, called Runescape classic (2001-2004).

In the game's virtual dimension, I was searching for visual and conceptual details that captivated me. I observed the behaviors of other players, which sort of overflowed out of the game's virtual boundaries. In this restricted coded world, the singularity of each player appears through the choice of their names, as well as their way of writing, style of gaming, or even through the ways they manage to create cheats and bugs on the code while pushing the limits of the game's system always further.

I depicted all these details in three oil paintings. I organised the screenshots in a way to bring out the three themes that structures the ideology of the game, and thus the ideology of the society in which the creators of the game belong, in this case the United States. The painting 99 Strength Lvl deals with the subject of war, Wilderness with religion, and Lumbridge (respawn) with business.